The above quote from Ken Loach’s Palme d’Or-winning film ‘I, Daniel Blake’ from 2016, eloquently pinpoints how large groups in today’s society experience digitalization of the public sector. The film portrays Daniel Blake’s struggle against bureaucracy, and how he finds himself on the wrong side of the digital divide, hampered by his lack of digital skills, since public e-services is the only available communication channel to the authorities.

A main problem in digital transformation of the public sector that stands clear from public sector research is the lack of user involvement in development of public e-services. This problem is related to a digital divide in e-service use, where marginalised user groups lack digital skills, and it also blocks the potential in innovating future services based on the growing possibilities in open public data.

The CAPE project addresses these issues by developing Civic Innovation Centres (CICs), a novel innovation facility hosted in public libraries, where citizens engage in improvement of current e-services, as well as citizen-driven innovation of new services based on open public data. CICs will initially be developed in three project sites: Denmark (Ballerup Library, Ballerup), Finland (Oudi Library, Helsinki) and Sweden (Malmö City Library, Malmö). The goal is to initiate more CICs within the timeframe of the project.

The CAPE project is a three-year Nordic research collaboration financed by Nordforsk in the call “Digitalisation of the Public Sector – Research and Innovation Projects”. Local funding organisations are: Innovation Fund Denmark, Forte (Sweden) and Academy of Finland.

Other projects in this call:
COLDIGIT – Collective Intelligence through Digital Tools

In the CAPE project, we will explore the concept of Civic Innovation Centres (CICs) as an arena for citizen-driven improvement and innovation of public-interest services. We have chosen the public library as the preferred host for CICs, because it is a non-commercial, all-embracing space for promoting and maintaining community, that attracts many and diverse visitors.

Also, the public library represent core values in supporting democracy and empowerment with a strong tradition for participation. Concepts like co-creation, maker-spaces and user-driven innovation are well known in the library context. 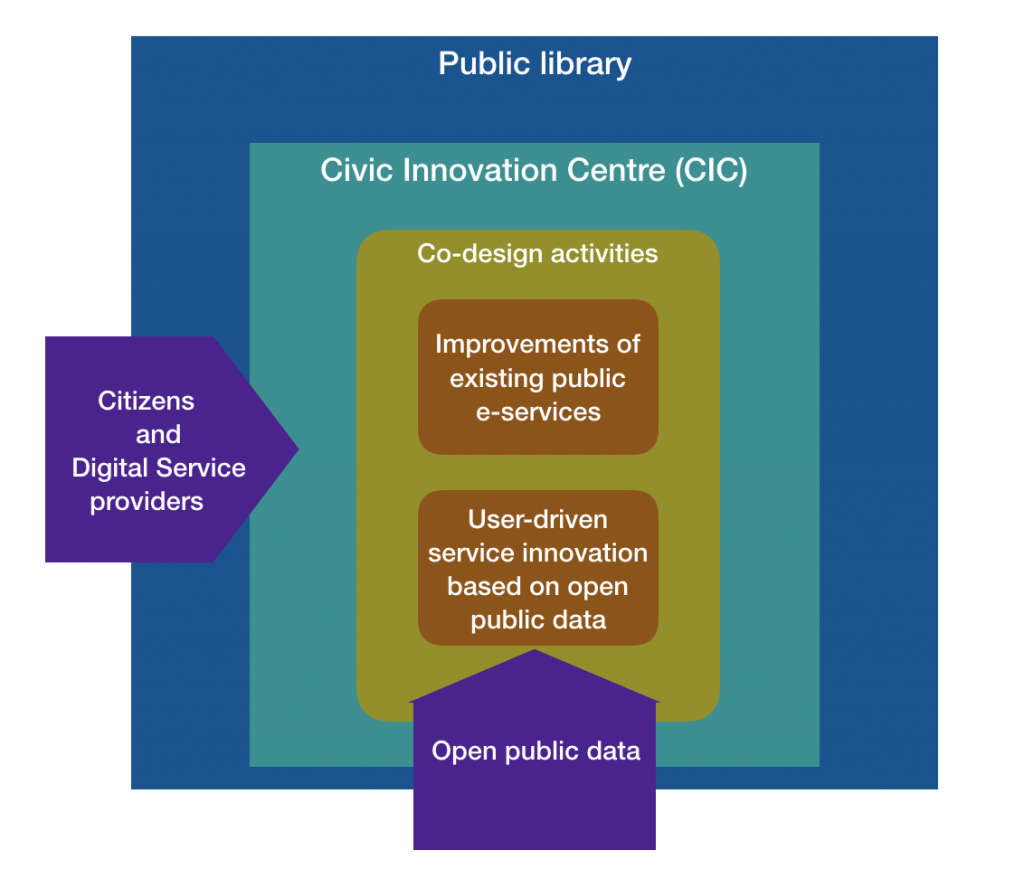 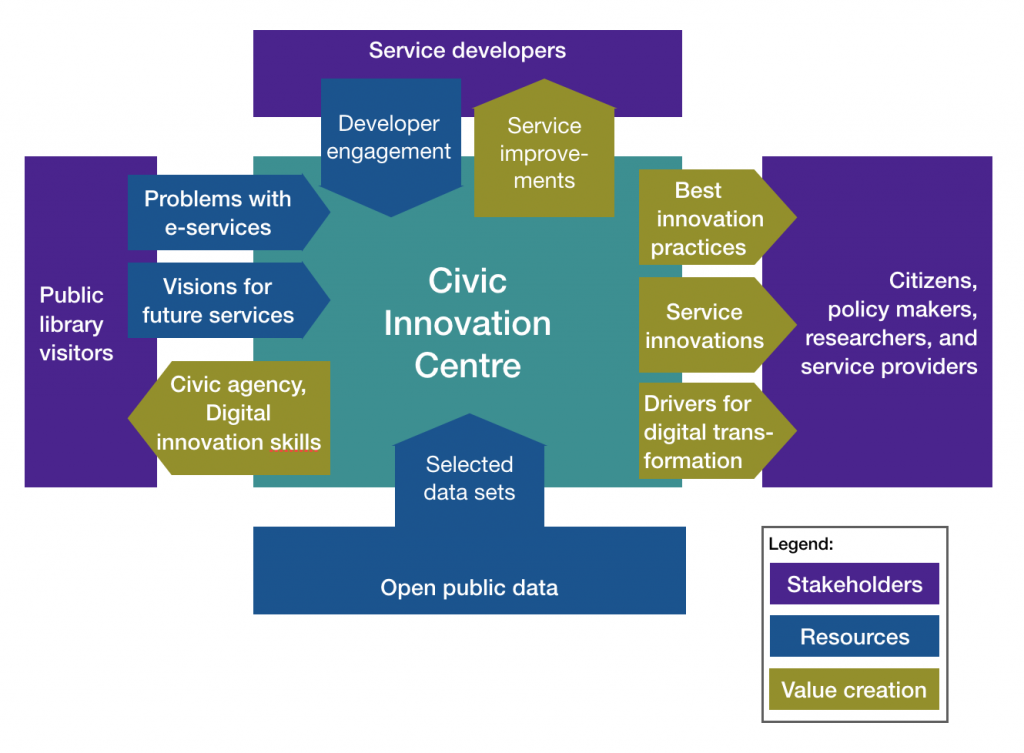 The CAPE project explores new possibilities for civic agency in e-service design and innovation through an action research approach. The expected results are therefore tentative in nature, but we aim to create values for society in several areas:

The CIC:s aim to develop new knowledge related to best practices, innovation processes and solutions, and we also aim to develop a better understanding of drivers and enablers for digital transformation and long-term impacts on society.

The knowledge produced in one CIC is shared with other CICs through a web-based repository, including a design commons and a data commons. This makes the CIC concept scalable through the existing network of public libraries, providing a powerful infrastructure for sharing knowledge and solutions in public sector service innovation. 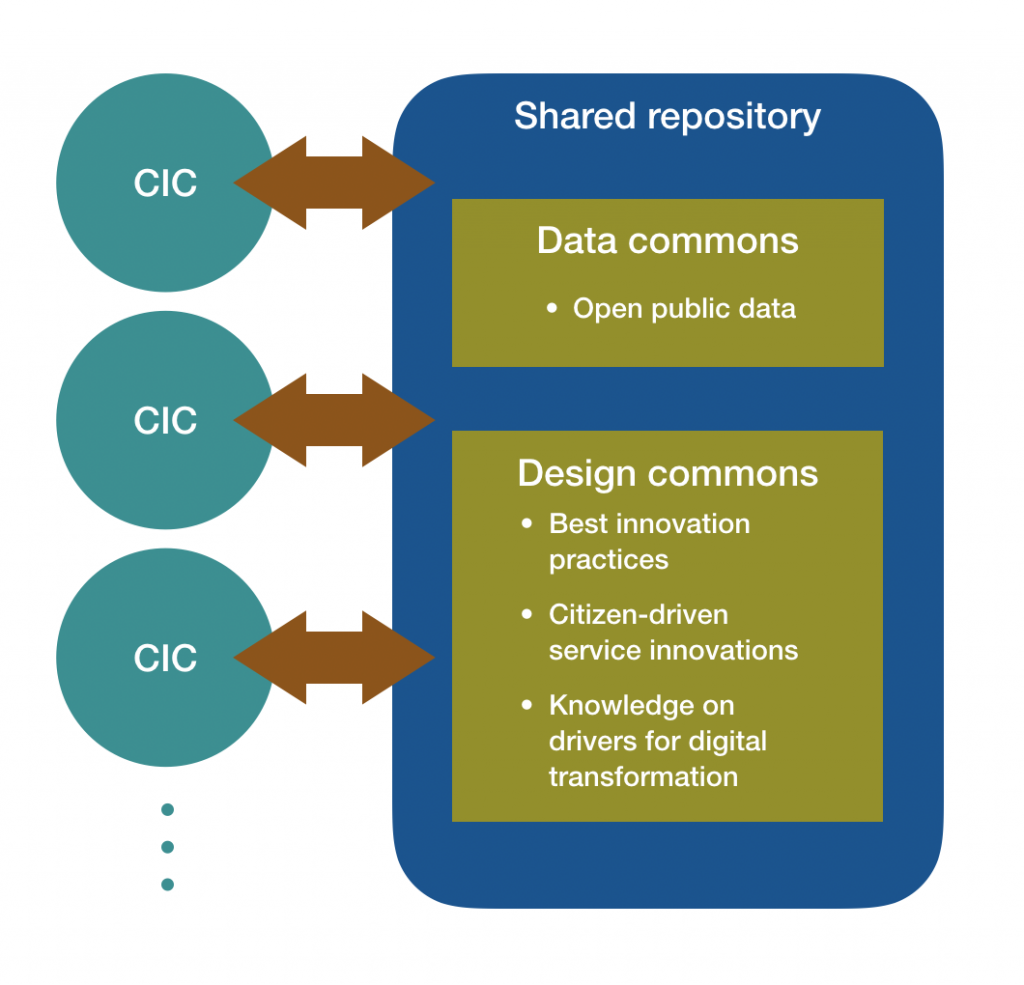 At the Denmark project site, the first CIC is set up at the public library in Ballerup, a municipality bordering to Copenhagen. The Ballerup Library opened in 1982 in a building designed by architect Hans Dall. It is positioned in the centre of Ballerup, and has more than  8.000 visitors per week. There are several facilities apart from tradition library offerings, including café, IT helpdesk and a vibrant maker-space. Ballerup Library has over 500 public events per year. The CIC is developed and operated mainly as a collaboration between Ballerup Library, Aalborg University and IT University of Copenhagen. There will also be cross-project activities involving all partners. 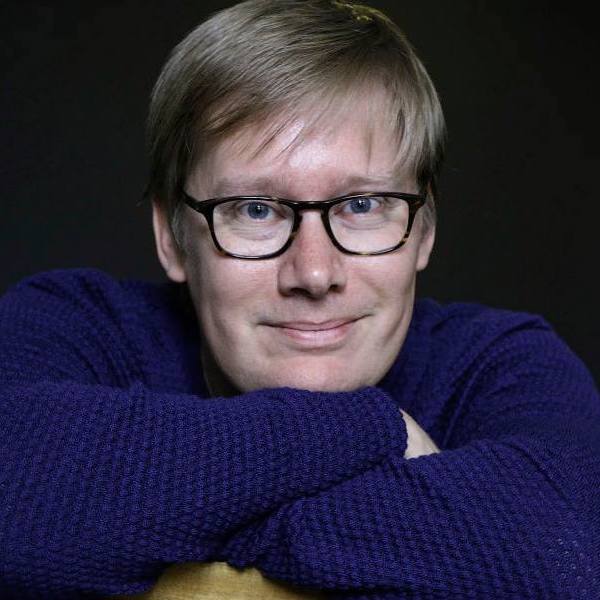 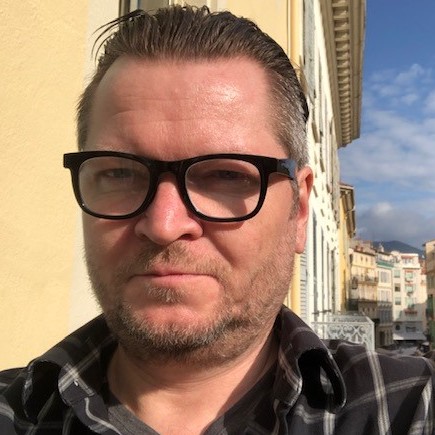 Project team: IT University of Copenhagen 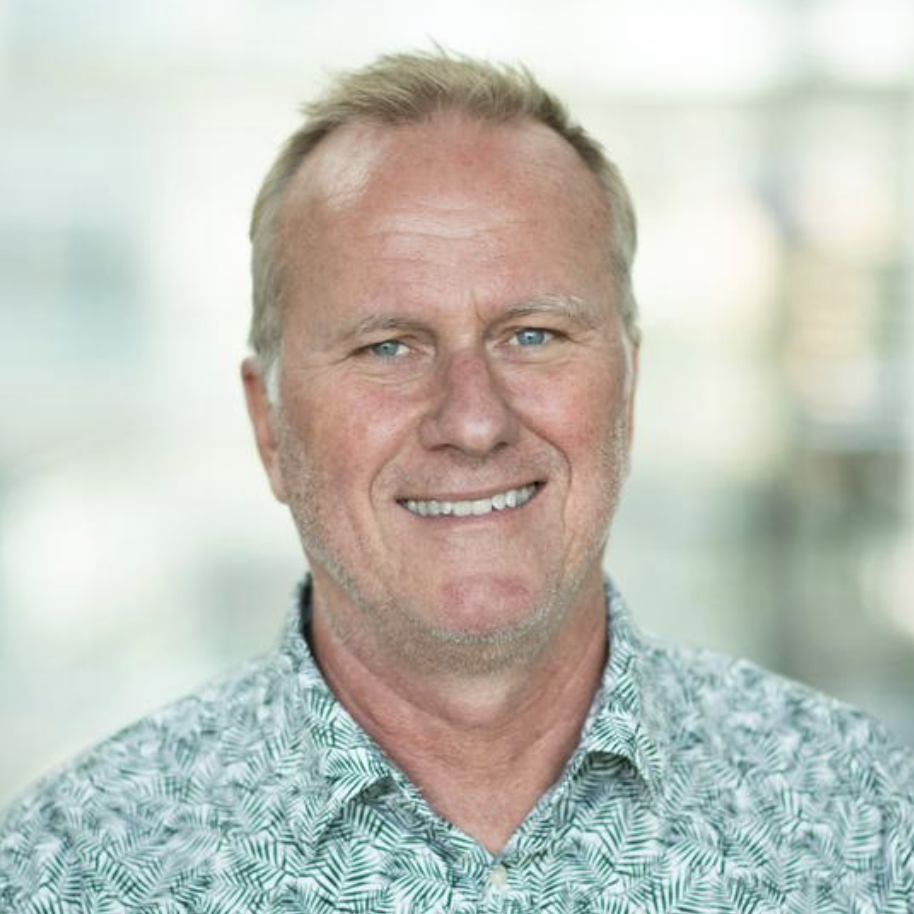 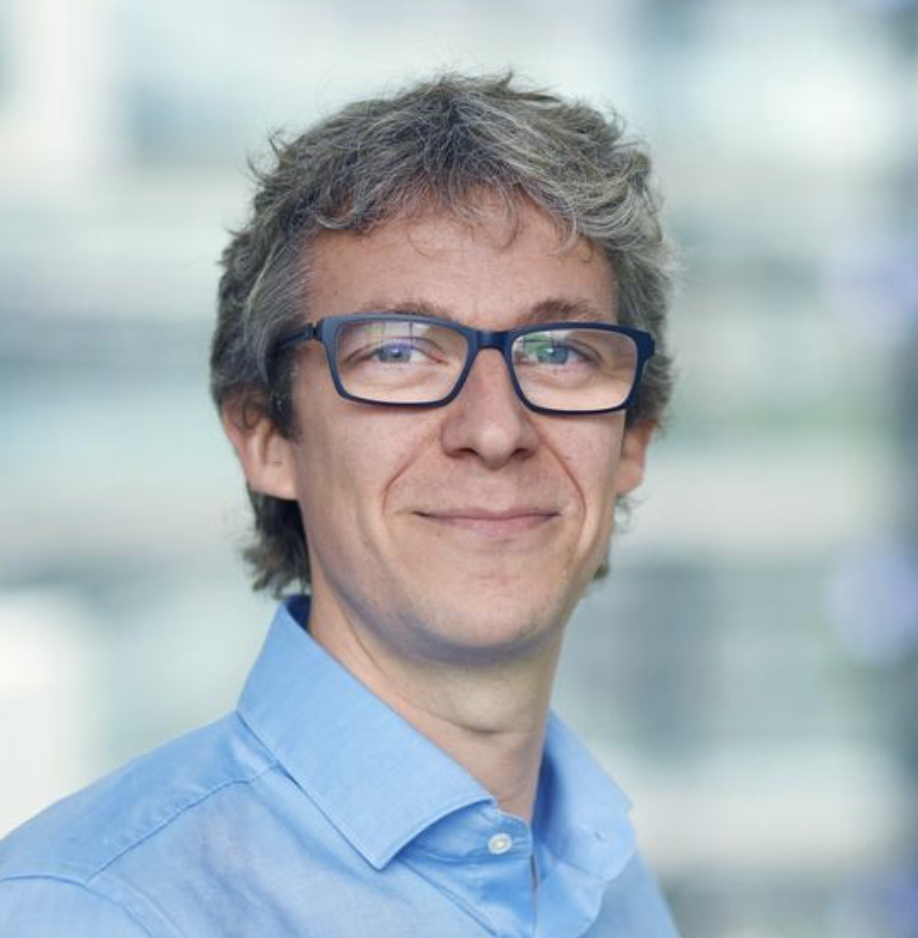 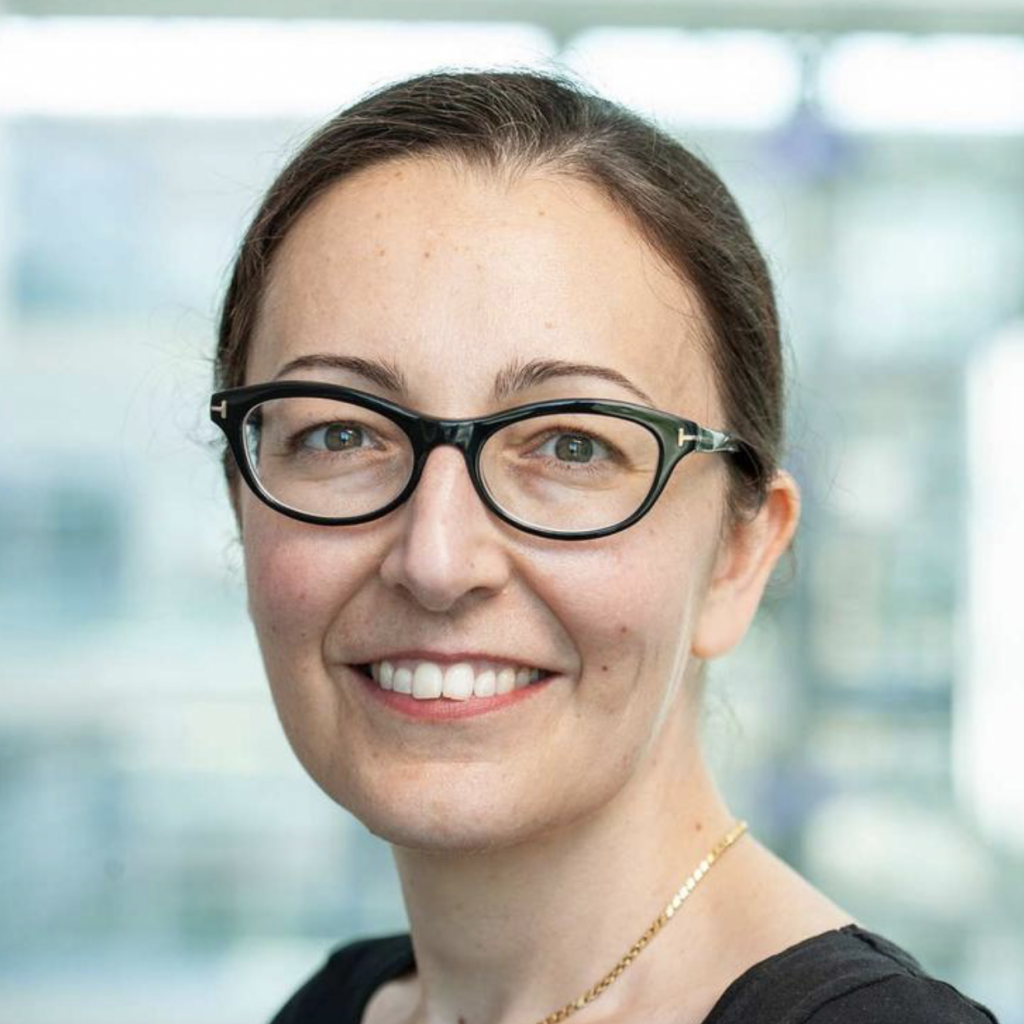 In the CAPE project, the ITU team is responsible for overall project management, and will lead the research effort in method development in co-design. The team will also support capacity-building in co-design facilitation for the library-employed CIC facilitators at CICs across the project countries, and lead co-facilitation of service innovation projects together with CIC facilitators at the Danish CIC.

The Service Design Lab is an active research lab based in Aalborg University in Copenhagen dedicated to studying and applying service design. In the last decade, the Service Design Lab at Aalborg University has been involved in several EU- funded projects that explored the relation between urban space and public services. Key themes of interest are for example digital social innovation, co-creation, open data, smart cities and service design for public sector. 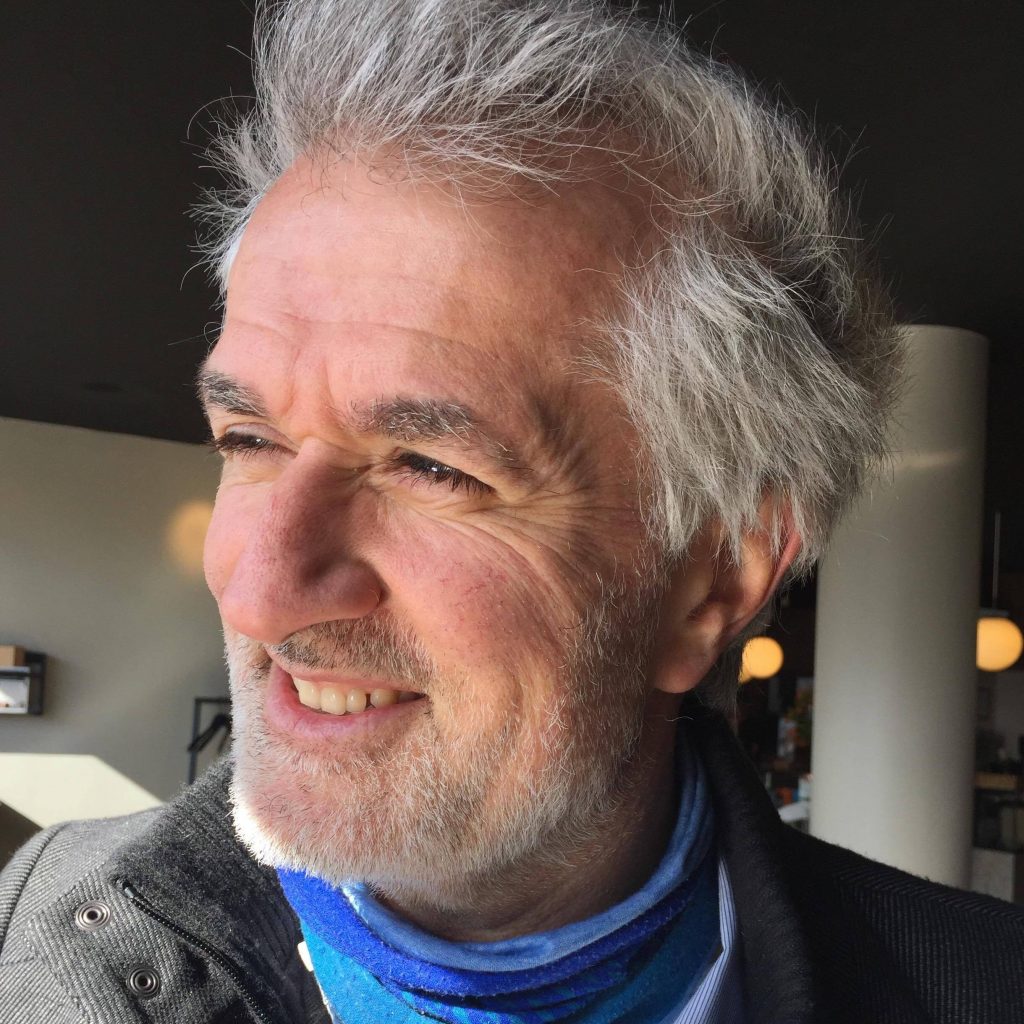 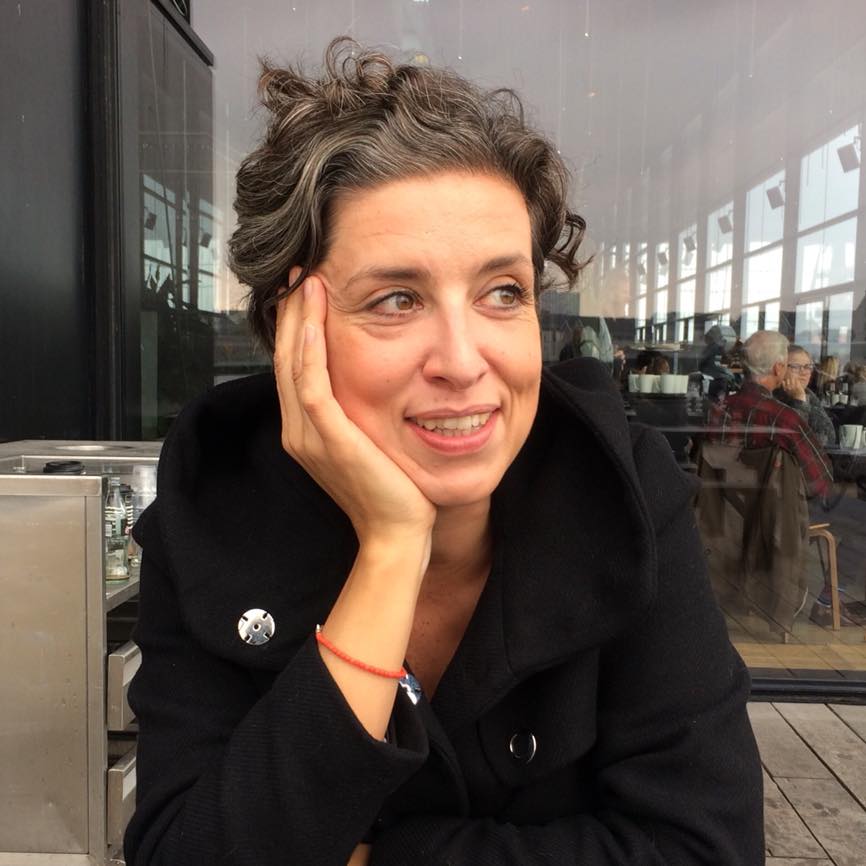 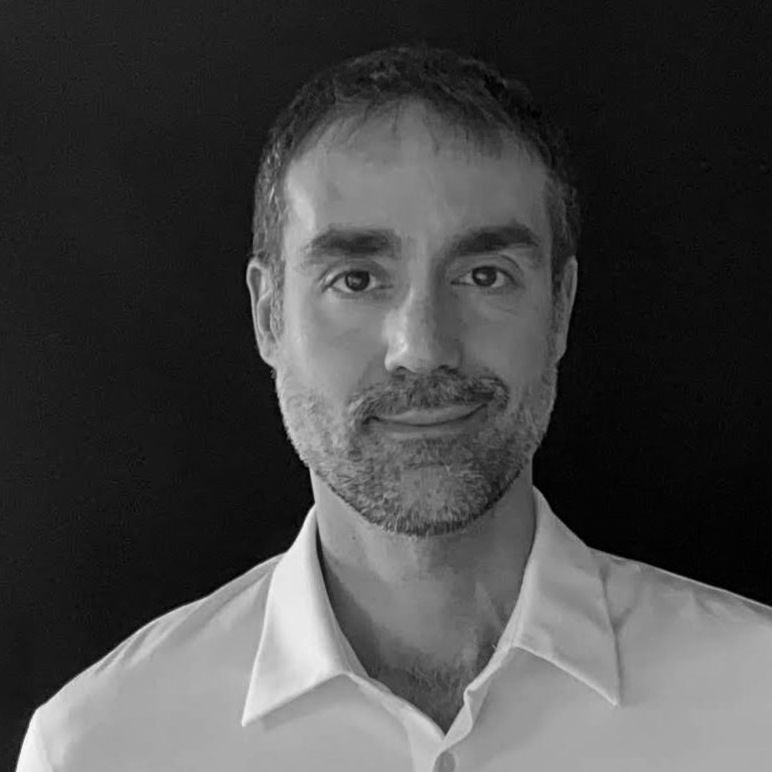 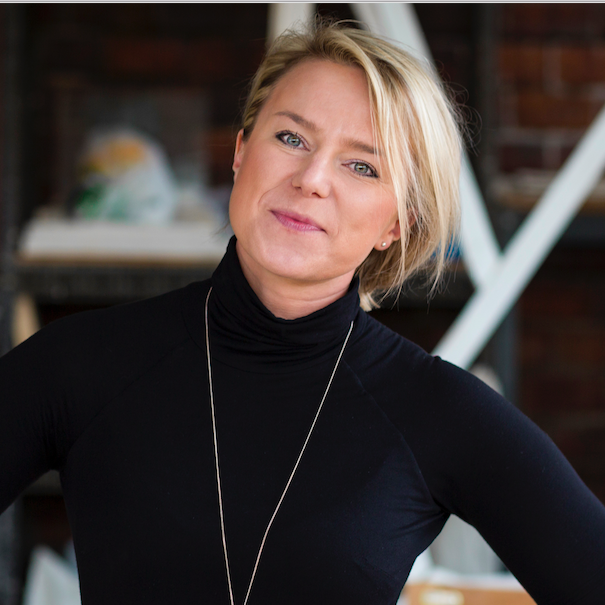 In the CAPE project, the Service Design Lab will contribute with its acquired knowledge on citizen participation in innovation processes, co-design and participatory design to create an impact on the way next generation of public services are conceived. The project will offer the lab an opportunity to strengthen and expand the research about the use of data in the design process within the area of digitalisation of the public sector.

The first CIC for the Finnish project site is set up at the Helsinki Central Library, Oodi. Oodi opened in 2018 and was designed by ALA Architects, it  is situated in the Töölönlahti area of the Helsinki city centre. Beyond books, Oodi hosts a café, a cinema, studios for playing and recording music, coworking spaces, meeting rooms, and a makerspace. Oodi is one part of Helsinki’s network of 37 public libraries.

Aalto University team consisting of professor Turkka Keinonen and doctoral candida Nils Ehrenberg has its core competence in human-centred and collaborative design and as well as in design ethics. The team will be supported by the research community at Aalto ARTS and particularly the Department of design. The research foci at the department are collaborative and human-centred design, design for sustainability and research through design practice. 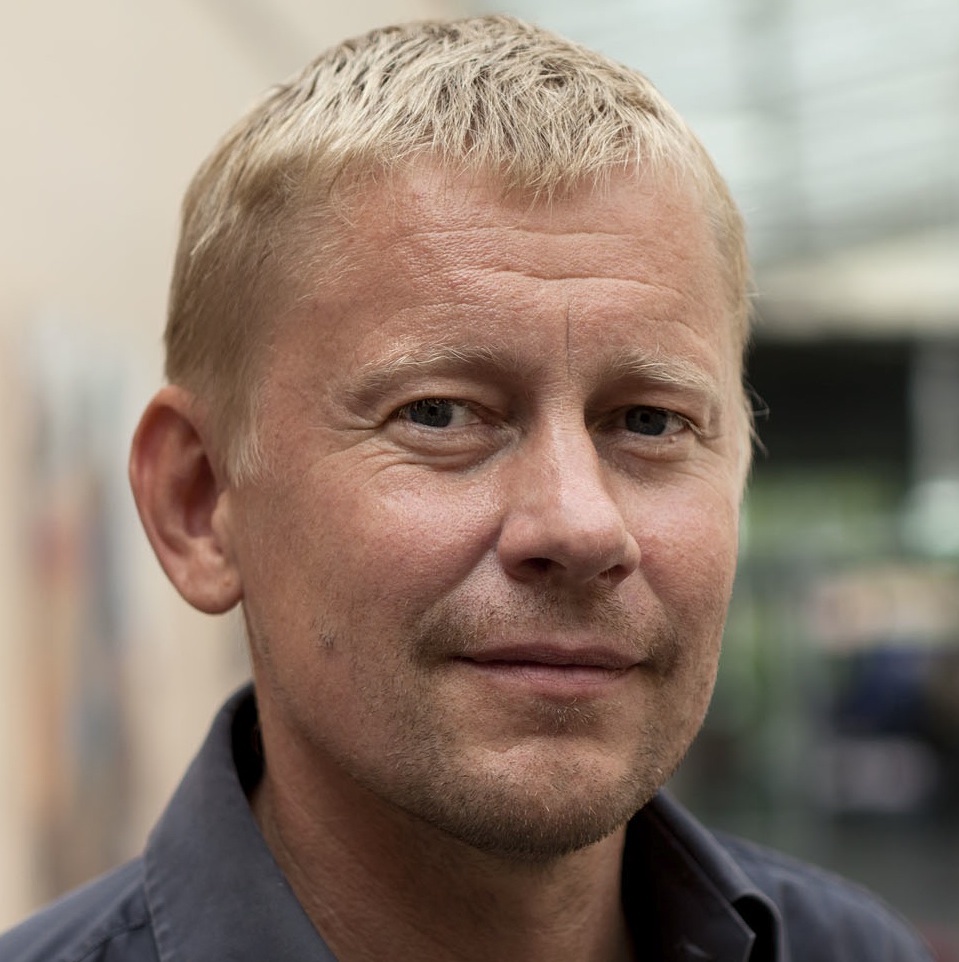 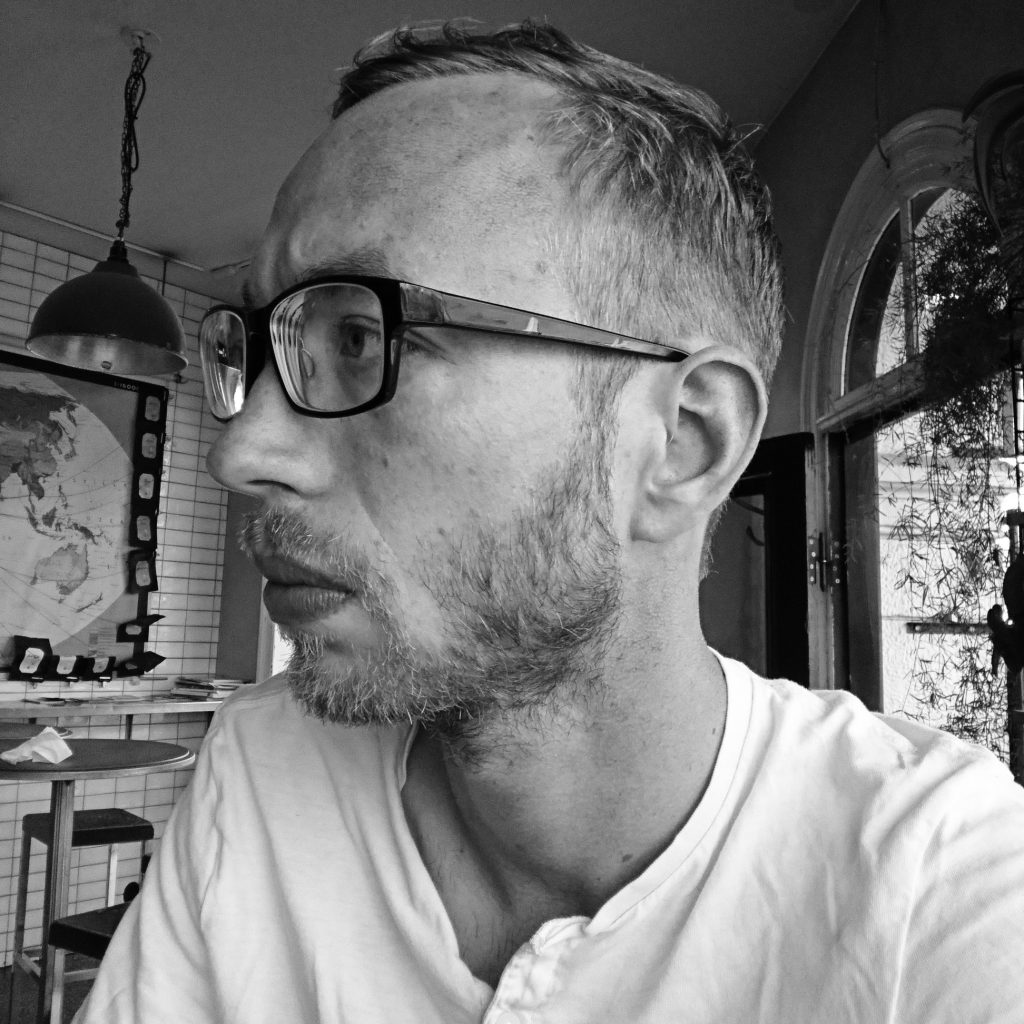 The team will contribute to the collaborative service design development objective of the project. It will act as the project interface for the library partners in Finland. The team will apply (design) ethical frameworks such as Value Sensitive Design and Capability Approach to study the equality and justice impacts of the new modes of participation and co- design developed in the project.

At the Malmö project site, it is not yet decided where the first CIC will be hosted. Several public libraries will be involved, among them Gararget. Garaget is located in the Malmö City centre and have many activities including a maker space. The Malmö project site also works together with the city’s Strategical group for library transformation.

Further, the municipality’s internal department for development of public e-services, the Malmö Civic Lab, is engaged in project activities as to explore also the actual uptake of developed services. 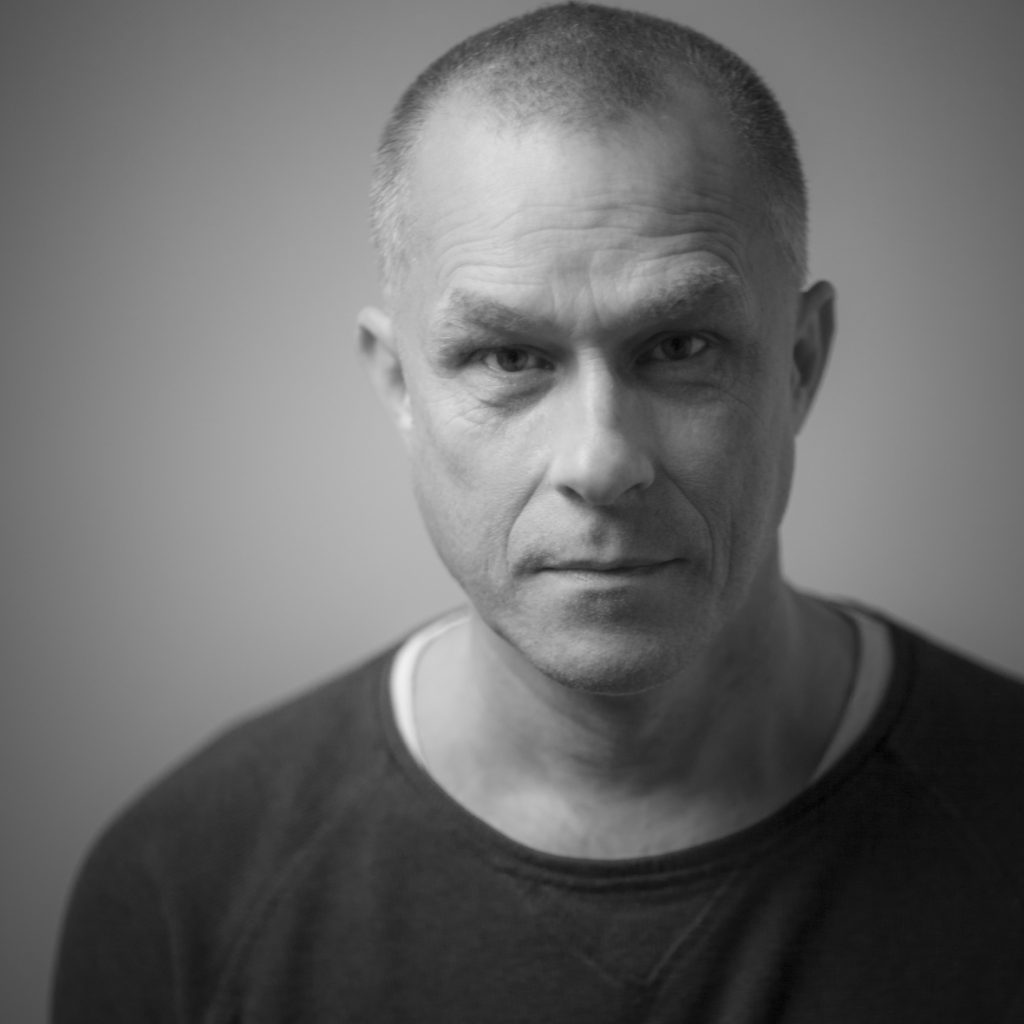 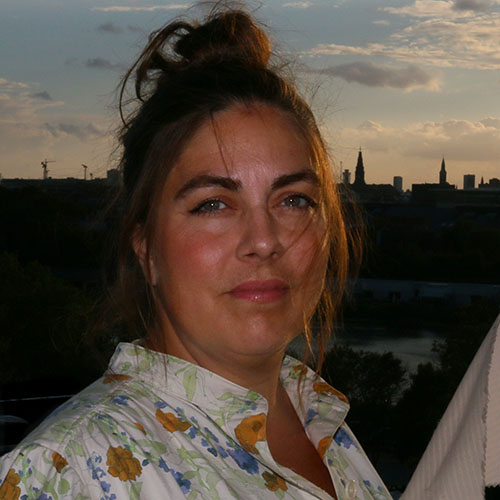 The team at Malmö University consists of two associate professors and a post-doctoral researcher, all part of Malmö University’s Data Society Research Program. This program focuses on the understanding of the digitalization and datafication of society, and on driving positive change through technological development. Professors Linde and Boztepe are heading the theme Digital Civics concerned with research-based activities of designing, developing and evaluating personal and community-based technologies and services to support new forms of civic engagement.